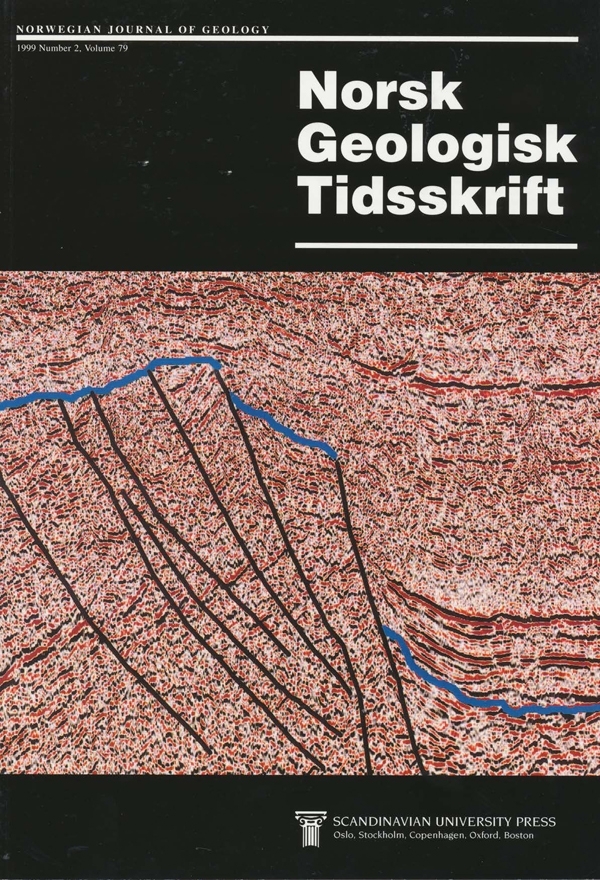 1999
Geochemical signature of the Egersund basaltic dyke swarm, SW Norway, in the context of late-Neoproterozoic opening of the Iapetus Ocean
79

The Egersund basaltic dyke swarm is made up of 11 ESE-WNW-trending dykes in the Proterozoic crystalline basement of southwest Norway. Two types of dyke occur: porphyritic dykes with plagioclase phenocrysts and aphyric dykes. Limited magmatic differentiation occurred in the dykes during shallow leve! intrusion. The porphyritic dykes and one of the aphyric dykes have subalkaline to mildly alkaline compositions, whereas the other aphyric dykes have alkaline compositions. The most primitive magmas occur in the porphyritic dykes; they have Mg numbers of 56-61, TiO2 coutents of 2.0-2.1% and enriched incompatible trace element contents. Initial isotopic compositions, Sri and ?(Nd)i, are 0.7034-0.7039 and +2.0-+3.1 respectively. The most evolved magmas in alkaline dykes are SiO2-poor (45-46%) ferrobasalts, very enriched in TiO2 (3.2-3.4%), P2O5 (2.0-2.5%) and incompatible trace elements. They have Sr; of 0.7058-0.7060 and ?(Nd)i of +.1.0. The compositions of the most primitive magmas and minerals suggest that the porphyritic dykes tapped a magma chamber situated at the crust-mantle boundary, at ca. 10 kbar. It is shown that one of the aphyric dykes is possibly related to the porphyritic dyke magma by a fractional crystallization process accompanied by limited crustal assimilation at this pressure. The alkaline dykes represent a distinct suite with a distinct mantle source. The 616 ± 3 Ma Egersund Swarm is placed in the geotectonic context of late-Neoproterozoic rifting leading to opening of the Iapetus Ocean. At the Baltoscandian passive margin of Baltica, there is a first order 'oceanwards' decrease in incompatible trace element contents and Sri and an increase of ?(Nd)i values of basal tie dyke swarms, from the Egersund Swarm in the continental basement, to the sheeted dyke complexes situated at the continent-ocean transition. This geochemical trend is interpreted as a change from high-pressure partial melting of garnet peridotite with residual garnet in a mildly depleted mantle, to lower-pressure partial metting of a depleted mantle.