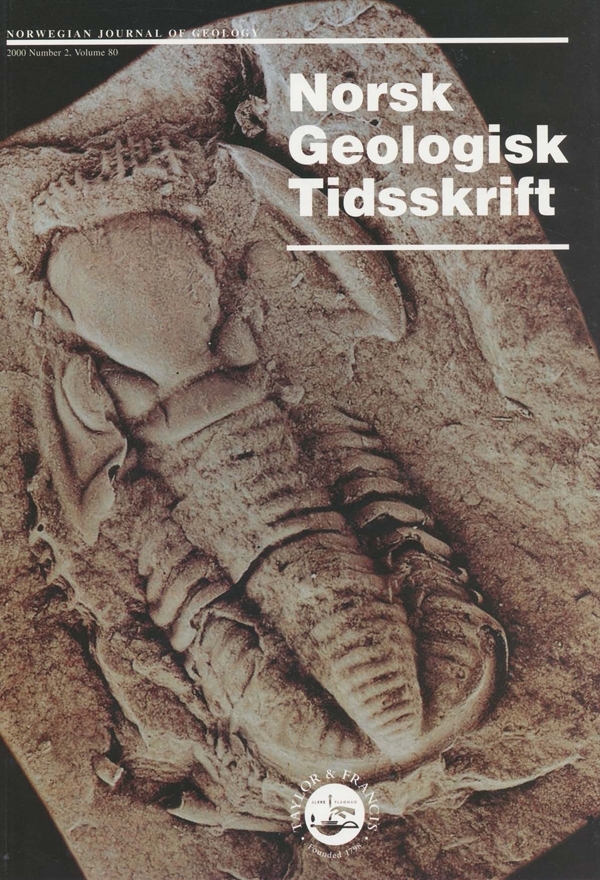 Brøggerhalvøya, located at the northwestern terminus of Spitsbergen's Tertiary fold-thrust belt, is underlain by a basement-involved thrust stack defined by an anomalous WNW-ESE strike direction relative to the overall NNW-SSE strike further south. Three kinematically separable thrust nappes are identified: (i) a lower nappe is characterized by low-angle to bedding-parallel imbricates, (ii) a middle nappe comprises macroscopic anticlines and synclines, rotated irnbricate fans and duplexes within Palaeozoic-Mesozoic cover strata, and (iii) an upper nappe consists of overthrust Caledonian basement rocks. In addition, steep N-S-striking oblique- normal faults offset the fold-thrust stack and can be traced southwards into parallelism with the Forlandsundet Graben and a major transcurrent fault, the Svartfjella-Eidembukta-Daudmannsodden Lineament. A three-phase kinematic development of the nappes and bounding thrust systems is invoked: (i) an early phase of basement-involved uplift and foreland thrusting of the lower and middle nappes at oblique thrust directions varying from NW to NNE, (ii) a mid-phase out-of-sequence thrusting of the upper nappe towards the ENE, and (iii) a late-phase truncation of the nappe stack by N-S-striking normal faults with subsidiary strike-slip components. Comparisons with other segments of the fold-thrust belt further south temporally link the early-phase thrusting in Brøggerhalvøya to a Palaeocene-early Eocene coupled transpressional event (stage 1). The mid-phase ENE-directed thrusting in Brøggerhalvøya can be temporally correlated with the main Eocene decoupled transpressional event of central Spitsbergen (stages 2 and 3), while the late-phase N-S-striking normal faults may correlate with Late Eocene-Oiigocene faults bounding the Forlandsundet graben (stages 4 and 5). We explain the origin of the anomalous WNW-ESE structural trend in Brøggerhalvøya as a response to differential translation and temporal changes in thrust/shortening directions. We also advocate variable degrees of coupled and decoupled orogen-normal and orogen-parallel deformation along western Spitsbergen. The overall result is that structures ascribed to the early NW- to NNE-directed shortening events (i.e. orogen-oblique motions) predominate in Brøggerhalvøya, while ENE-directed structures ascribed to the main/late stage event (i.e. orogen-normal motions) predominate in the south. Other causes of the anomalous WNW strike in Brøggerhalvøya may be location near the termination of the Carboniferous St. Jonsfjorden Trough, and changes in orientation, thickness and/or facies types of the Carboniferous through Mesozoic strata.