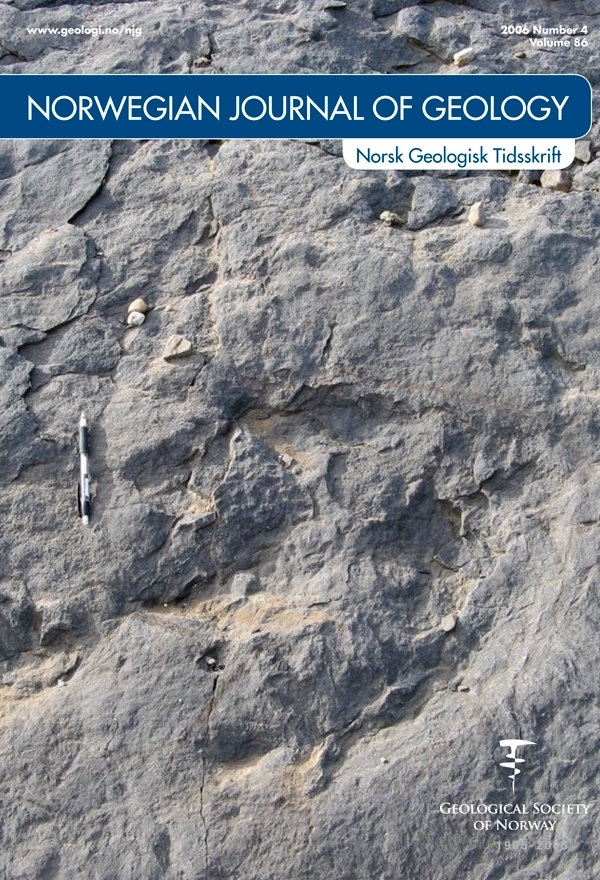 A dense grid of seismic data and core data from several boreholes up to 70 m deep, have been studied to determine the Quaternary stratigraphy in Trondheimsfjorden and Trondheimsleia. In the outer part of Trondheimsfjorden with water depths of 600 m, the basement rocks were glacially eroded to nearly 1300 m below sea level, and up to 750 m of sediments are present. Most of the sedimentary succession is acoustically stratified and was deposited during the last deglaciation when ice and water from a large sector of the Scandinavian ice sheet drained into the fjord. Chaotic seismic reflection patterns show that mass-wasting processes were common in some areas. At 13-12.5 ka 14C BP, the ice margin was located near the coastline west of Trondheimsfjorden, and up to 360 m of stratified sediments were deposited in the northern part of Trondheimsleia. The ice calved and receded rapidly in the deepest part of Trondheimsfjorden, and glaciomarine conditions were established near Trondheim around 12 ka 14C BP. The maximum sedimentation rate was probably 0.5-1 m/year both in Trondheimsleia and between Trondheim and Agdenes. During Allerød time the ice recession continued east- and southwards from Trondheim, and glaciomarine sediments were also trapped in the inner basin west of Skogn. These sediments were then eroded during the glacial re-advance to the line of the Tautra Moraines in the early part of the Younger Dryas (11-10.6 ka 14C BP) and partly re-deposited as tills and glaciofluvial deposits. Subsequent recession included minor re-advances, and at ca. 9.5 ka 14C BP the present catchment area was largely deglaciated. At this time, Trondheimsfjorden extended from Orkdalen to Snåsa, covering an area more than twice at the present time. In the second half of the Preboreal, the ice margin receded beyond the present water divide, and Trondheimsfjorden received meltwater run-off from glacial lakes between the ice and the water divide. Hemipelagic sedimentation, with generally decreasing sedimentation rates towards recent times, prevailed during the Holocene.

Leif_Rise_et_al.pdf
This email address is being protected from spambots. You need JavaScript enabled to view it.
0029-196X
Print