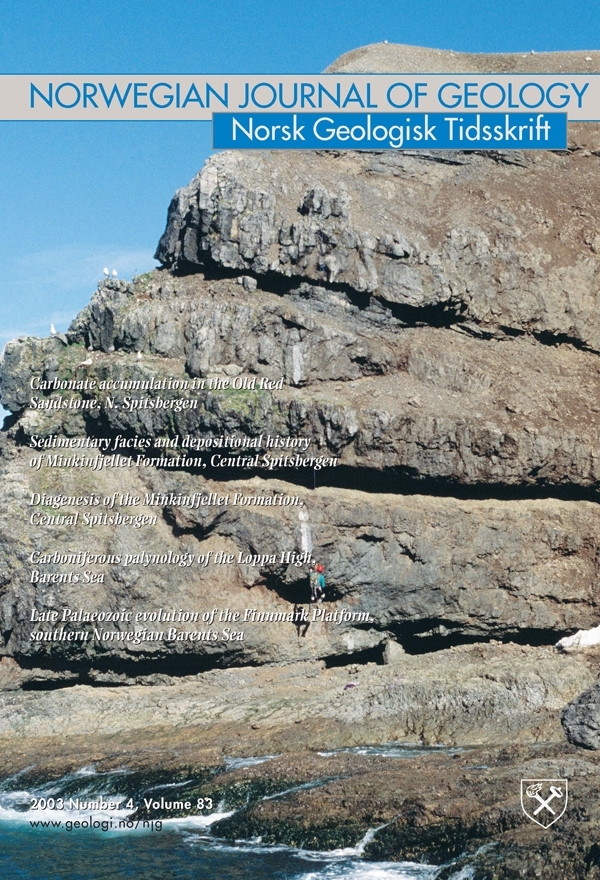 Five seismic sequences have been identified in the Upper Palaeozoic succession of the Finnmark Platform, southern Norwegian Barents Sea. The sequences show a general thickening of the succession from south to north reflecting differential subsidence of the platform during the Late Palaeozoic. The seismic sequences have been tied to the offshore lithostratigraphic units. The lower sequence, corresponding to the Lower Carboniferous Billefjorden Group reflects fluvial to shallow marine deposition during active rifting. It is separated from the overlying sequence by a major unconformity. Seismic sequence 2 correlates to the lower Gipsdalen Group. It was deposited during a second phase of rifting and shows pronounced thickness variations across the platform. Sequence 3 represents the upper part of the Gipsdalen Group. Seismic facies analysis shows the presence of complex buildups along the northern platform margin during this time interval. Seismic sequence 4 roughly correlates to the Bjarmeland Group. During this stage, the carbonate system was a huge temperate cool-water platform with abundant bryozoan buildups along the northern margin. Gradual cooling and deepening of the platform is marked by a change to more chert-rich deposits in sequence 5. The overall evolution of the platform resembles that seen elsewhere in the Arctic and reflects northward movement of the Pangean supercontinent during the Late Palaeozoic. The succession is stratigraphically more complete than the successions on Spitsbergen and Bjørnøya, and gives a more detailed view of the depositional changes related to shift in palaeolatitude.