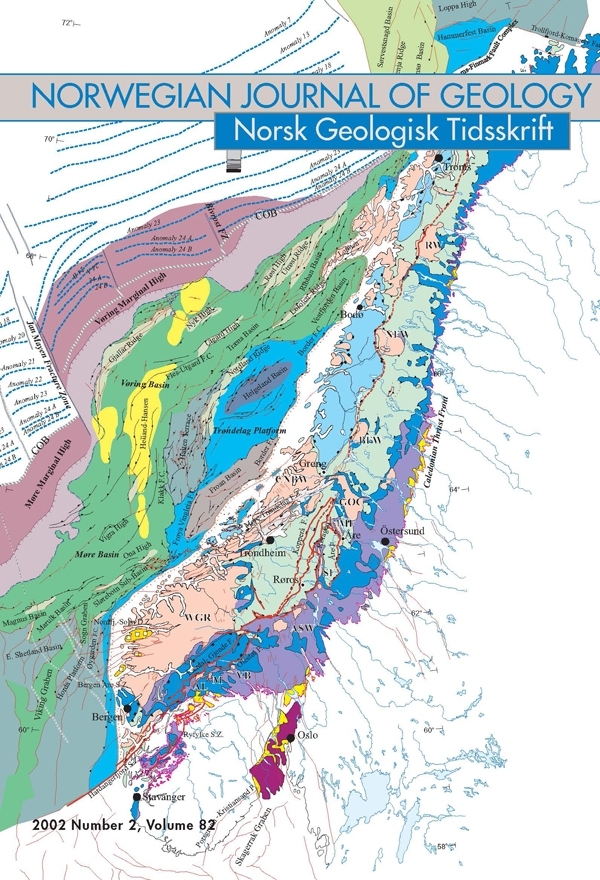 U-Pb geochronology and structural investigations in coastal areas of the north-central Norwegian Caledonides indicate different responses to late/post-Scandian tectono-thermal events in the east (the Sjona window) and west (the island of Træna). The earliest event in the Sjona window involved migmatite formation associated with high-grade metamorphism at around 425 Ma. Associated structures indicate that this event was related to Scandian east-directed thrusting. A metamorphic event of sirnilar age ( 424 ± 6 Ma) is recorded on Træna, but the structural response to the thrusting was insignificant as compared to the Sjona window. During and/or following nappe emplacement, the Sjona window evolved into a dome structure. Ductile non-coaxial shearing apparently associated with this dome formation affected granitic pegmatites dated to 409 ± 5 Ma. The emplacement of these Early Devonian pegmatites in the Sjona window overlapped with the formation of migmatites and pegmatites on Træna at 398 ± 2 Ma and 403 ± 3 Ma, respectively. In con trast to the Sjona window, however, the migmatites and pegmatites on Træna are interpreted to be coeval with ductile, bulk coaxial deformation characterized by sub-vertical shortening and E-W extension. Titanite associated with mineralized normal faults on Træna yields an age of 36 8 ± 6 Ma, indicating that rocks on Træna had been exhumed in to the brittle regime by Middle-Late Devonian time. Semi-brittle to brittle deformation in the Sjona window is suggested to be of Middle Devonian-Early Carboniferous age on the basis of other radiometric dating. It is inferred that the rocks on Træna were situated at deeper crustal levels than their equivalents in the Sjona window in the Late Silurian-Early Devonian (c. 425 to 400 Ma). In the following (c. 400-370 Ma), however, differential exhumation resulted in juxtaposition of these two areas at approximately sirnilar crustallevels.