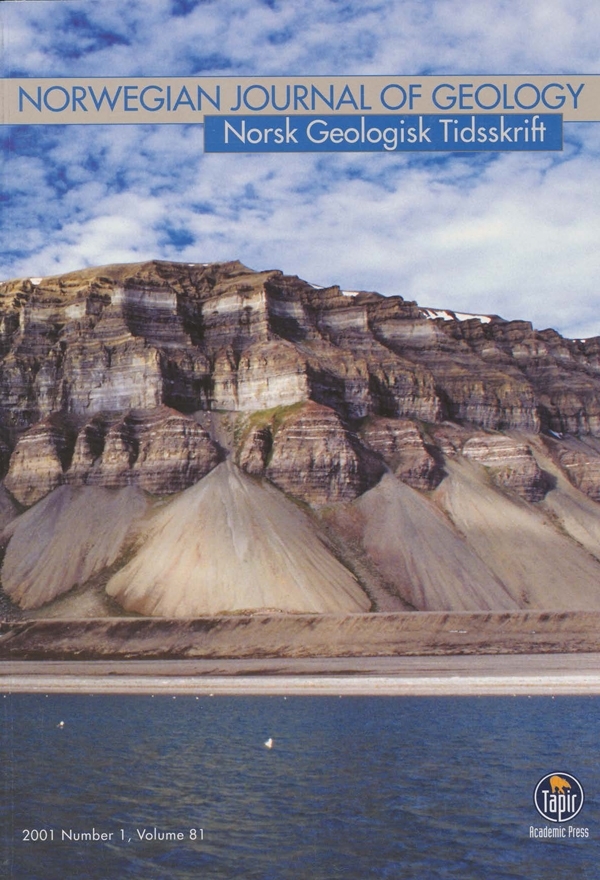 Abstract: The Skjækerdalen igneous complex is a synorogenic intrusion approximately 3-4 km long and 1-1.5 km wide situated in Gula Group metapelites of the Trondheim Nappe Complex in the central Norwegian Caledonides. The intrusion comprises quartz gabbro with a quartz diorite rim and a central brecciated core with gabbro fragments in a leucocratic dioritic and/or trondhjemitic matrix. Interstitial magmatic sulphides are present in some of the gabbro fragments in the brecciated core. Sixteen samples of low- to high-grade mineralization have been analysed for Ni, Cu, Co, Au and platinum group elements. Recalculated to 100% sulphide, average concentrations are: 7.6% Ni, 4.6% Cu, 0.3% Co, 634 ppb Au, 99 ppb Os, 68 ppb Ir, 167 ppb Ru, 90 ppb Rh, 120 ppb Pt and 171 ppb Pd. PGE concentrations in magmatic sulphides at Skjækerdalen are low in comparison with deposits of comparable Ni and Cu contents (e.g. Sudbury, Noril'sk). We propose that an early olivine-chromite cumulate formed during differentiation in a temporary magma chamber at deeper levels, which scavenged much of the PGE from the silicate magma. This was followed by segregation of Ni-Cu-rich, immiscible sulphide droplets that settled through magma which was now depleted in PGE. Further differentiation led to formation of a layered intrusion which graded upwards in to quartz gabbro and quartz diorite. With the exception of the inferred, solidified and 'immobile', olivine-chromite-PGM cumulate, the partly crystallized intrusion was remobilized through diapiric-like flow to higher levels as a consequence of syn-magmatic tectonic activity. This resulted in the present, 'reverse', configuration of rock types and preservation of the PGE-depleted Ni-Cu sulphides only in gabbro fragments in the central magmatic breccia.