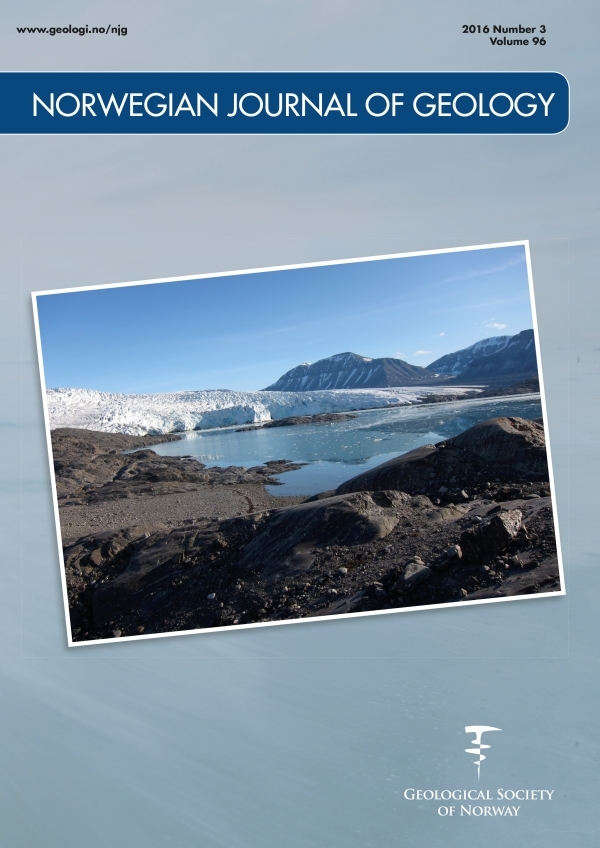 A semicontinuous, lobate-to-linear, scarp-like feature slightly less than 1.3 km long strikes NW–SE across the northeast-facing slope of Nordmannvikdalen in Troms County, northern Norway. Its amplitude undergoes continuous decay from a maximum of slightly more than 1.25 m in the southeast to about 20–25 cm in the northwest. This ‘Nordmannvikdalen feature’ (NVDF) was previously interpreted as the trace of a recently active (e.g., neotectonic) normal fault. However, its greatest possible continuous surface rupture length is geologically constrained to no more than 6 km, and more probably zero. Its scarp length and displacement are incompatible with empirically derived magnitude/length and magnitude/height relationships for seismic surface ruptures. Shallow trenching near the southeastern end of the feature revealed an undeformed soil stratigraphy, a scarp composed entirely of topsoil, and no evidence of erosion typical of post-earthquake degradation or multiple offsets. Reinterpretation of three previously published Ground Penetrating Radar (GPR) profiles favors neither surface breaching nor ‘blind’ throw.

Deep-seated Gravitational Slope Deformation (DSGSD) occurs at both ends of the NVDF. A plane through its scarp trace matching ca. 45° NE-dipping bedrock structures interpreted from GPR imaging projects through both DSGSD back-cracks. Low-angle foliation and thrust fabrics permit development of a complex basal failure surface below the NVDF. However, lower slope deformation typical of DSGSDs is not apparent and offset in the subsurface below the scarp cannot be unambiguously resolved by the GPR data. Signs of surface soil deformation, by freeze-thaw creep or other processes typical of periglacial environments, are rampant. Many of the NVDF’s scarp morphologies are consistent with relict permafrost landforms such as short- and long-wavelength solifluction/gelifluction lobes and sheets, and appear controlled to a surprising degree by the alongstrike change in dip of the underlying bedrock surface. We present one possible model conceptualizing how slope-parallel surface lineaments might form in mobilized permafrost soils. Nevertheless, a purely superficial origin of the NVDF cannot easily explain the spatial coincidence of the lineament with the trace of a structural plane describing both DSGSDs, and is therefore also incomplete.

The NVDF is a unique landform which we do not fully understand. However, being certain that it was not formed by Holocene seismic surface rupture, we propose its status should be downgraded to “E (Very unlikely to be neotectonics)”. Because Norway’s paleoseismic and pre-instrument seismic records are poorly controlled, converting yet another onshore neotectonic fault commensurate with Mw > 5.8 surface rupture to the product of some sort of gravitational instability has relevance for better understanding medium-large earthquake recurrence intervals in Fennoscandia.