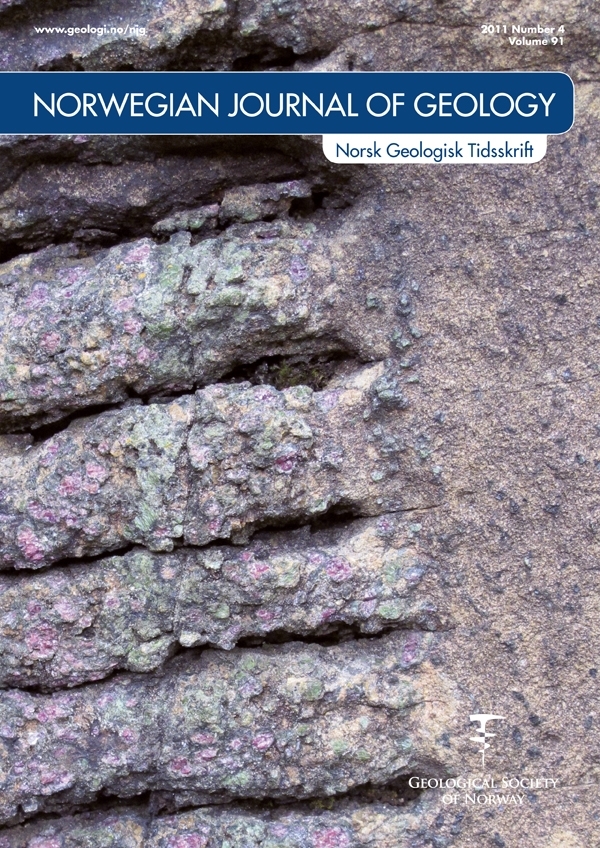 The Rosten Formation is a debris-flow conglomerate in the Kvitvola Nappe Complex of the Caledonian Middle Allochthon. It mainly consists of granitic gneiss clasts and was deposited on an augen-gneiss basement, the Høvringen Gneiss Complex. The gneiss-forming event of the clasts is clearly pre-Caledonian. The conglomerate is overlain by arkosic sandstone that is trough cross-bedded and includes some cobbles. The succession is interpreted as typical alluvial fan – braided river and probably marks an early syn-rift deposit. Zircon extracted from five conglomerate clasts and one sandstone sample was analysed for U-Pb and Lu-Hf isotopes. The clasts are c.1180-1220 Ma in age and have a moderately juvenile Hf signature (εHf ≈ 1). Some c.1650 Ma inherited zircon is also present. Zircon from the sandstone sample shows a pronounced c.1200 Ma mode and a minor 1650–1500 Ma age mode. The clasts have similar Hf signatures and ages to the underlying Høvringen Gneiss Complex that includes c.1180 Ma gneiss unit. The sandstone was also probably derived from the same source. The c.1650 Ma zircons, inherited in the clasts and in the sandstone, correspond to sources in the Western Gneiss Region. The Rosten Formation probably marks the beginning of the rifting process that led to the break-up of supercontinent Rodinia, opening of the Iapetus Ocean and formation of the pericratonic Engerdalen Basin in the Neoproterozoic. The westernmost margin of the Baltica continent consisted of a c.1200 Ma magmatic province that was probably deformed in late Sveconorwegian time.

NJG_4_2011_Lamminen.pdf
This email address is being protected from spambots. You need JavaScript enabled to view it.
029-196X
Print